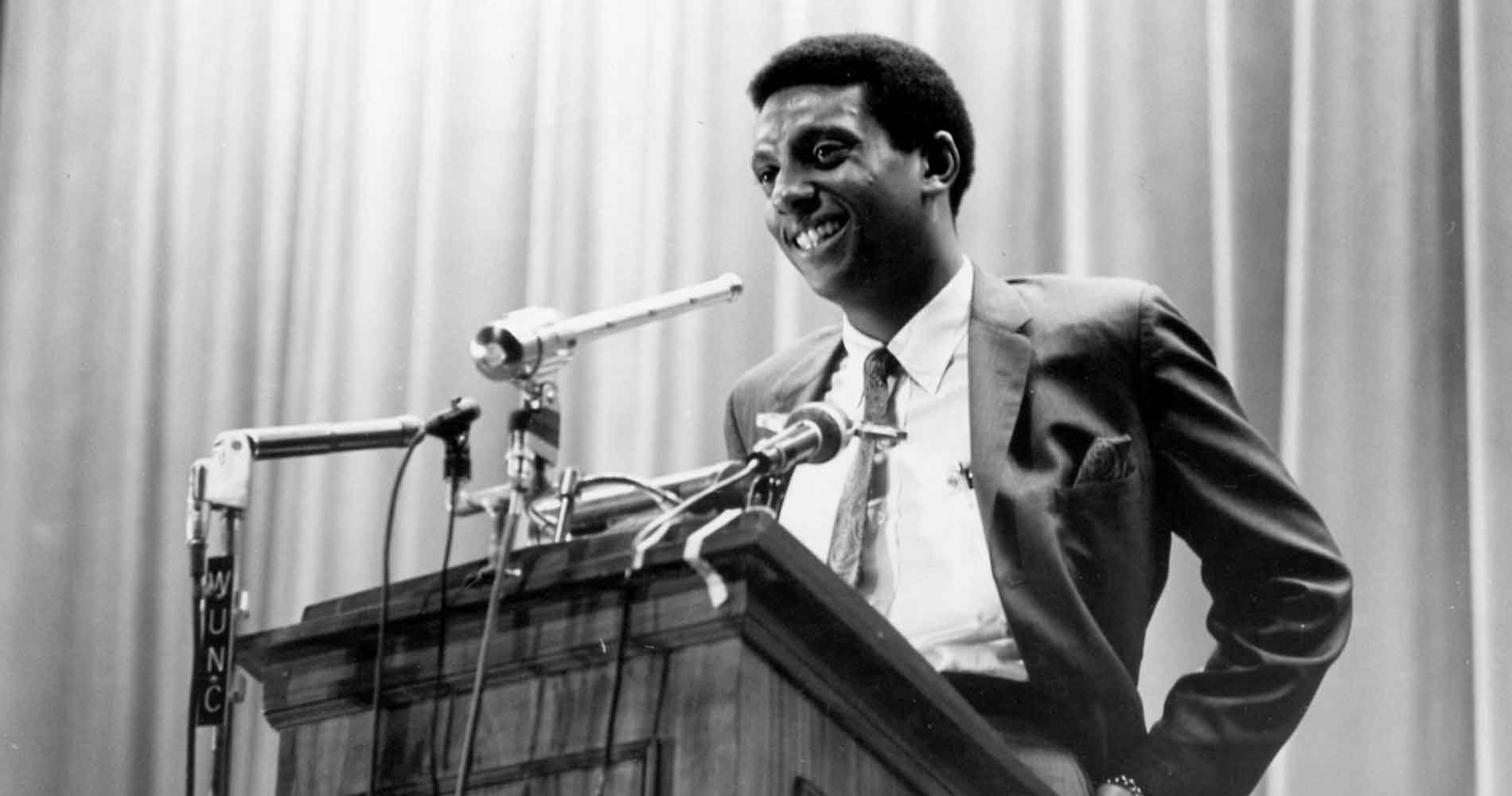 When we think about the Black Power and Arts Movement in America, we think of cities such as Oakland, New York and Chicago. We rarely think of Houston. But a UH faculty member is uncovering Houston’s somewhat hidden past to reveal a vibrant artistic and political scene during the Black Power Movement of the 1960s. 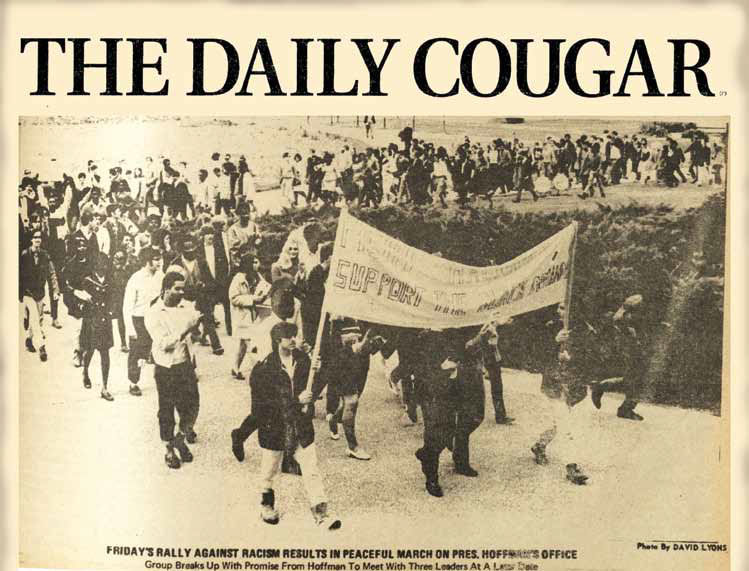 "I wanted to see what the local context was for Houston … it's not usually a part of the national discussions of this period," said Cedric Tolliver, associate professor in the English department. The pieces are starting to come together thanks to Tolliver’s persistence and scholarship.

Tolliver and students set out on a mission to collect as many stories of Houston-based Black Power-era protests, organizations and histories as possible. By connecting the dots of several pieces of evidence, Tolliver found the traces of the fervent Black Power student activity on both the Texas Southern University and UH campuses.

Students at UH brought Stokely Carmichael to campus to speak in 1967. An organizer in the Student Non-Violent Coordinating Committee (SNCC), Carmichael is often credited with popularizing the phrase "Black Power." Carmichael's visit to UH was polarizing because it was scheduled just after violent demonstrations on TSU’s campus and it was feared he might incite more violence. In his speech at UH, he came out against the U.S. war in Vietnam, which was significant in that a Texas native son, Lyndon B. Johnson, was then President.

Houston's Black Power and Art archive includes other gems such as John and Dominique de Menil’s support of future Congressman's Mickey Leland's political career. Leland was a staunch advocate for the poor and hungry and died at just 44 years old in a plane crash in Ethiopia.

The de Menils were philanthropists who supported Civil Rights causes and initiated what would eventually become the five-volume collection The Image of the Black in Western Art.

Of this research, Tolliver stated: "Houston's history in this period offers a complex and intriguing story that unites students at Historically Black College and Universities (HBCUs) and Predominantly White Institutions (PWIs) and black student activists with wealthy, white philanthropists. It’s a story that gives nuances to a tale too often painted with the broadest of strokes."

Now, with the Black Lives Matter movement and social justice at the forefront of our collective conscious, this work is even more relevant.

The project has had to contend with the untimely passing of a colleague and co-PI, Dr. James L. Conyers, former director of UH’s African American Studies department. Of this dynamic individual and scholar, Tolliver stated: "He was a giant in the field. And over his more than 20 years at UH, he developed strong and deep connections in Houston’s Black communities. The impact of his lost is immeasurable."