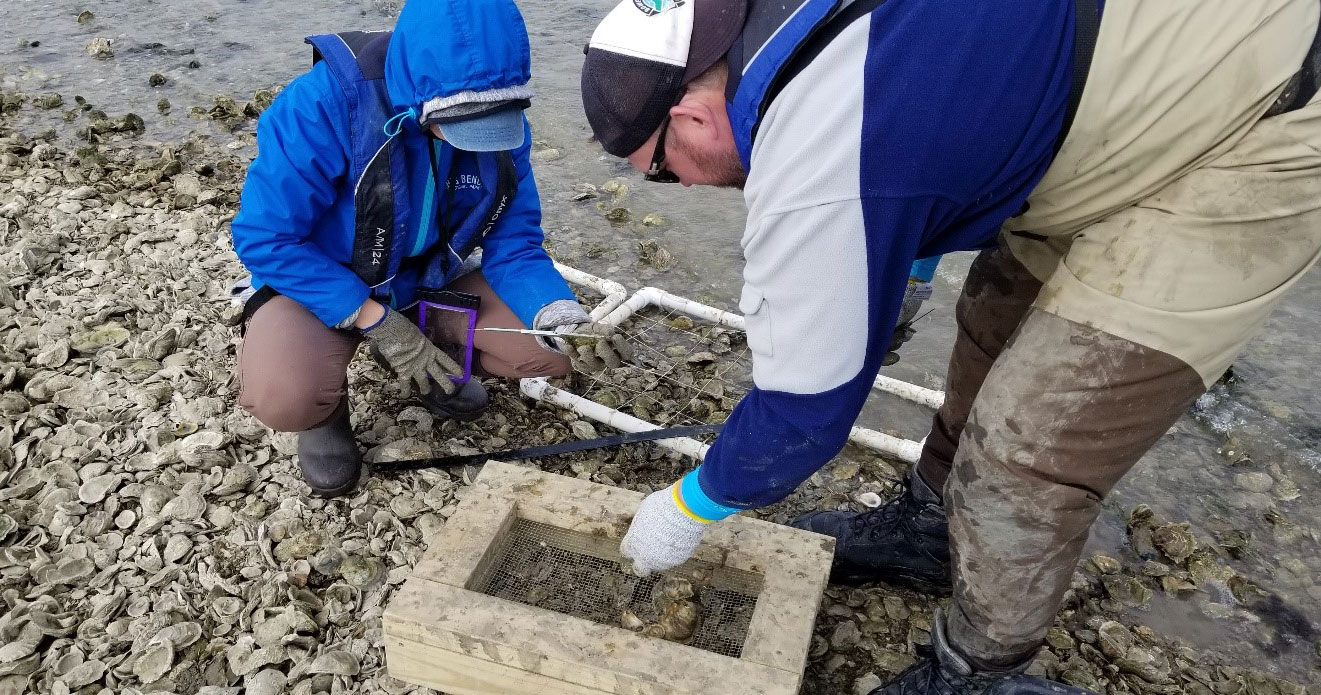 If you ever order oysters while on a trip to Galveston, you may be interested to know that the discarded shells are repurposed; they are dried in the sun for six months and then returned to the water. This is because oysters require substrate made of live or dead shells to grow and mature. 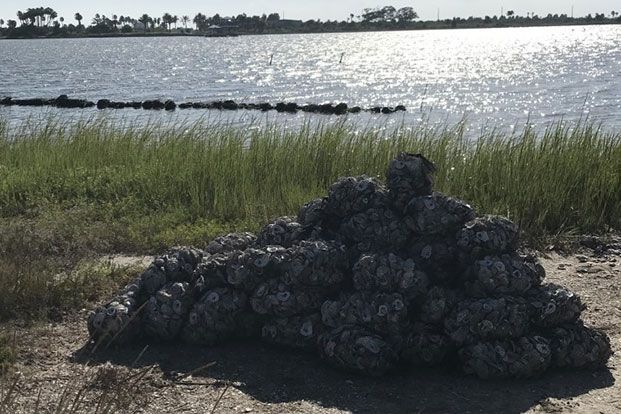 The Oyster Shell Recycling Program makes sure that oysters are repurposed and protected. In conjunction with the Galveston Bay Foundation, the project protects this vulnerable population of organisms.

UH biology professor and marine biologist Marc Hanke, is interested in oysters for a variety of reasons and he has studies – past, present and future – that will shed light on these versatile creatures. In the first project following Hurricane Harvey, Hanke studied whether recycled oyster shells really are the best substrate for their spawn. He currently is engaged with a study to see how long the “drying out” period should last.

Right now, every state has its own rules and Texas leaves them out for a minimum of six months before returning them to the ocean, but that’s just an approximation of when they believe the microorganisms will all be destroyed by UV light. Hanke and his team will be determining whether or not all the microorganisms are dead within the timeframe. If there is still bacteria present on the samples he collects, it will be very important to leave them in the sun longer, since one bacteria-riddled oyster shell could infect an entire reef or spawning area for juvenile oysters.

A baseline data collection in Sweetwater Lake, with Hanke and some of his students, measured how many oysters were present over the course of four years for restored intertidal reefs. Hanke also mapped and surveyed all of the natural intertidal reefs in west Galveston Bay. There are oysters living in both subtidal and intertidal reefs. It is only legal to collect oysters from subtidal reefs.

Hanke’s work will provide information to Texas Parks and Wildlife and other restoration groups about population dynamics between subtidal and intertidal reefs, to help determine how many oysters are dredged out of subtidal reefs and if any of the intertidal species are impacted.

Oysters are important to Houstonians from both an ecological and economic standpoint. Oysters filter water and increase water quality. During hurricanes, the reef help dissipate wave energy from the hit. And oysters provide a reef-like habitat in which fish like redfish utilize as feeding grounds.

From an economic standpoint, 15 percent of the nation’s oysters are farmed in Galveston Bay. This contributes approximately 50 million to the Texas economy – but not currently. Overfishing and changes in the estuary have reduced the oyster population – even causing the oyster fishery to close in Galveston Bay in January 2021.

The last project affects Houstonians in a particular way, as well. Oysters collected in Galveston often end up on plates in our city. Hanke is testing them for plastics. If oysters are ingesting plastics from the water and we are eating those oysters, we are putting ourselves at risk. Pollution impacts the city of Houston negatively, and the first step to cleaning up the ocean is to understand what we are putting into it in the first place.