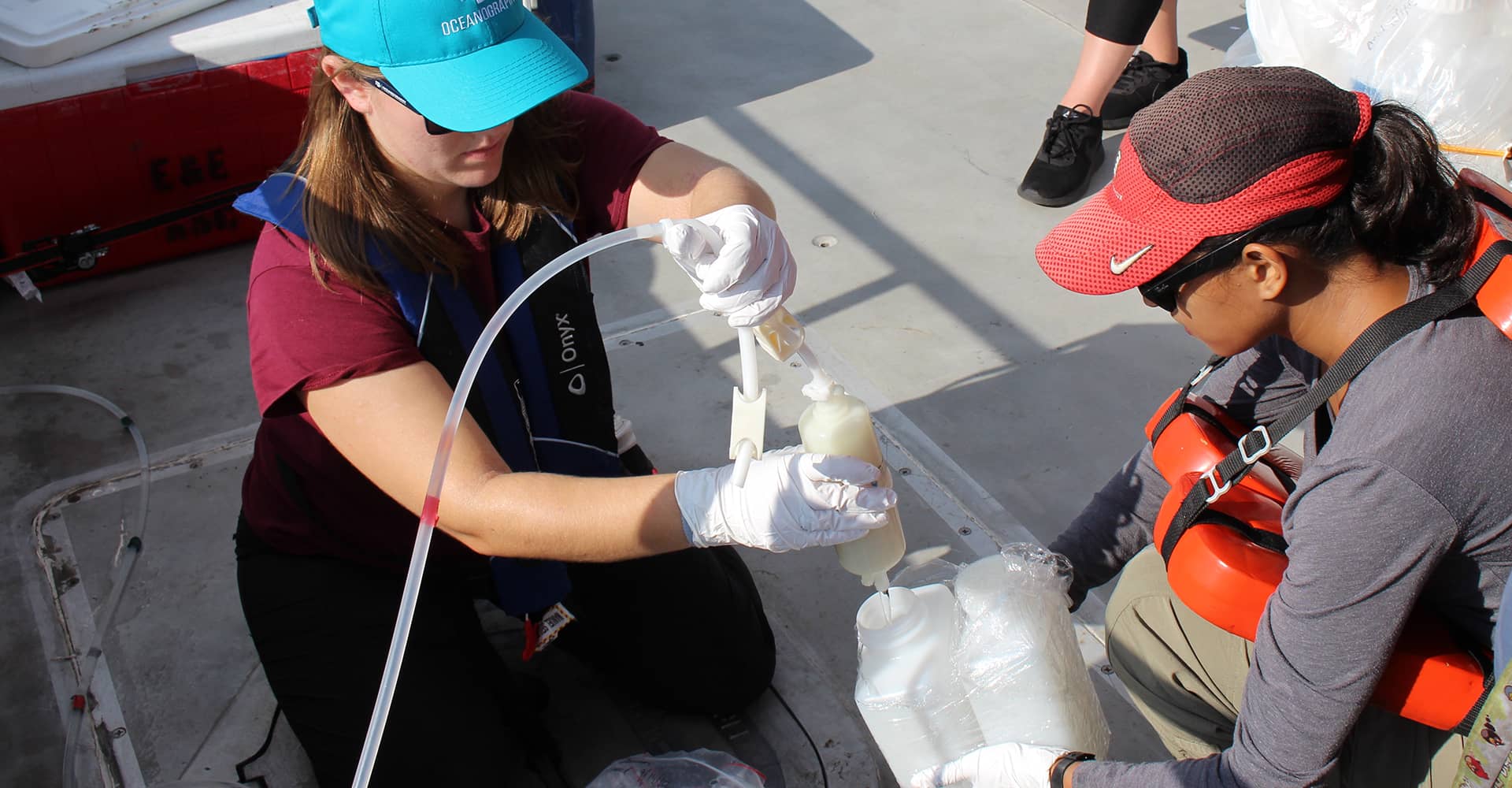 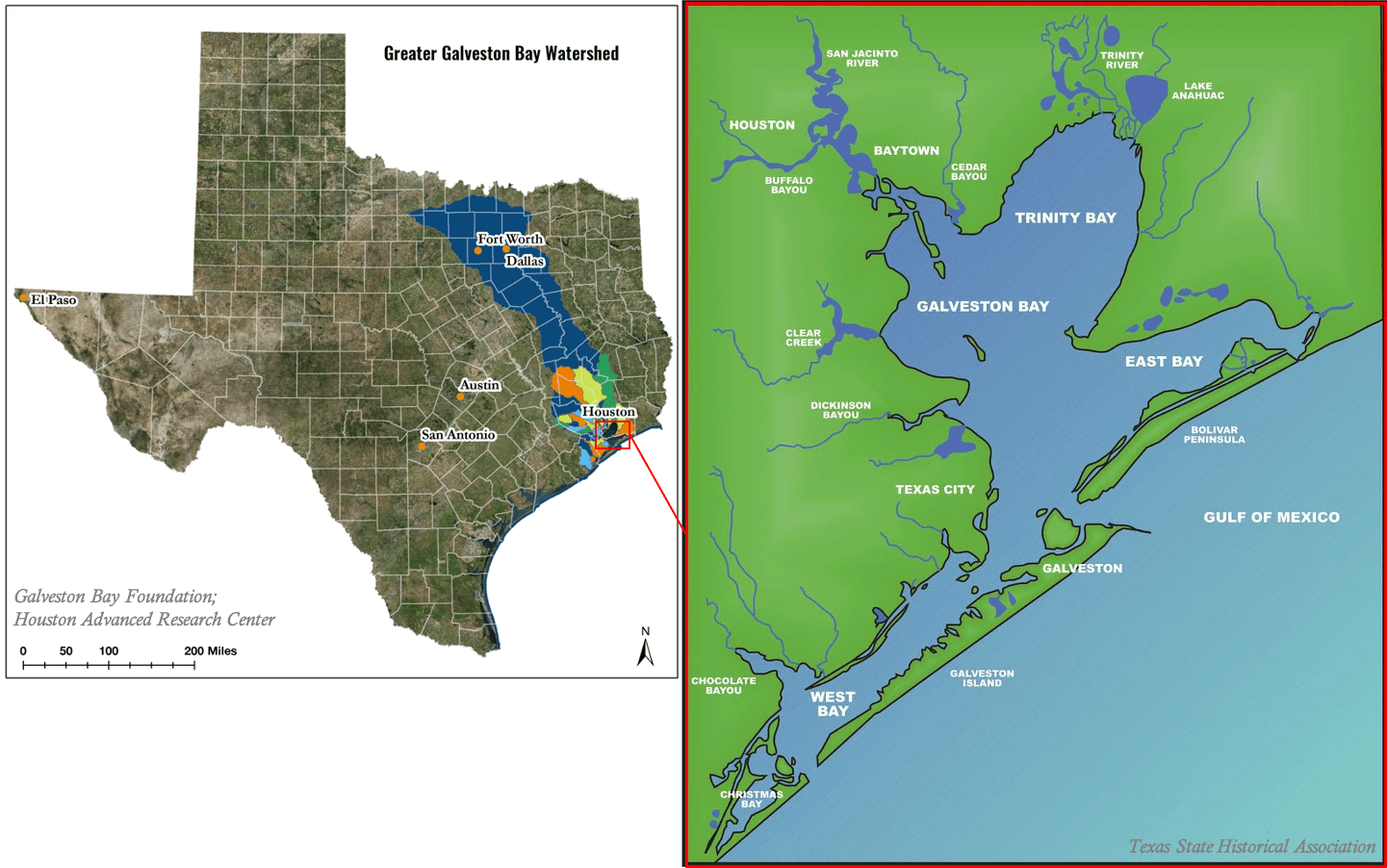 Yet, petrochemical plants line the way from Houston to Galveston. Certainly, the economic impact of this area is considerable. But the health risks for humans, animals and plants may be severe. The last academic study assessing the toxicity of the Galveston bay coastline occurred in 1993.

Since then, the area has made efforts to clean up pollutants. The time was overdue to measure the current levels of contaminants in order to determine the health risks for area residents. Heavy metals cause humans all kinds of illnesses, including cancer and reproductive harm.

And that is where the field studies being conducted by UH professor Alan Brandon and his doctoral student, Amanda Mulcan Lopez, come in.

If you picture League City on the left rim, the city of Houston at the top and Galveston island as the bottom – south of Houston proper but north of Bolivar Peninsula – this is where Brandon and Lopez collect samples of water, sediment, soil and oysters. Oysters filter water and are anchored in sediment – they are the perfect agent to determine what the toxicity level is in the Galveston Bay.

It works like this: lead isotope compositions form unique "fingerprints" or "flavors" that can be used to identify lead from different sources. Lopez presents her results about the anthropogenic pollutants to stakeholders such as the Texas Commission on Environmental Quality (TCEQ).

The researchers are hopeful that their findings will be considered when expanding industry in the Galveston waters. “It is my hope that the data we contribute will be used by policy makers to inform their choices on how to best use Galveston Bay’s resources,” said Lopez.