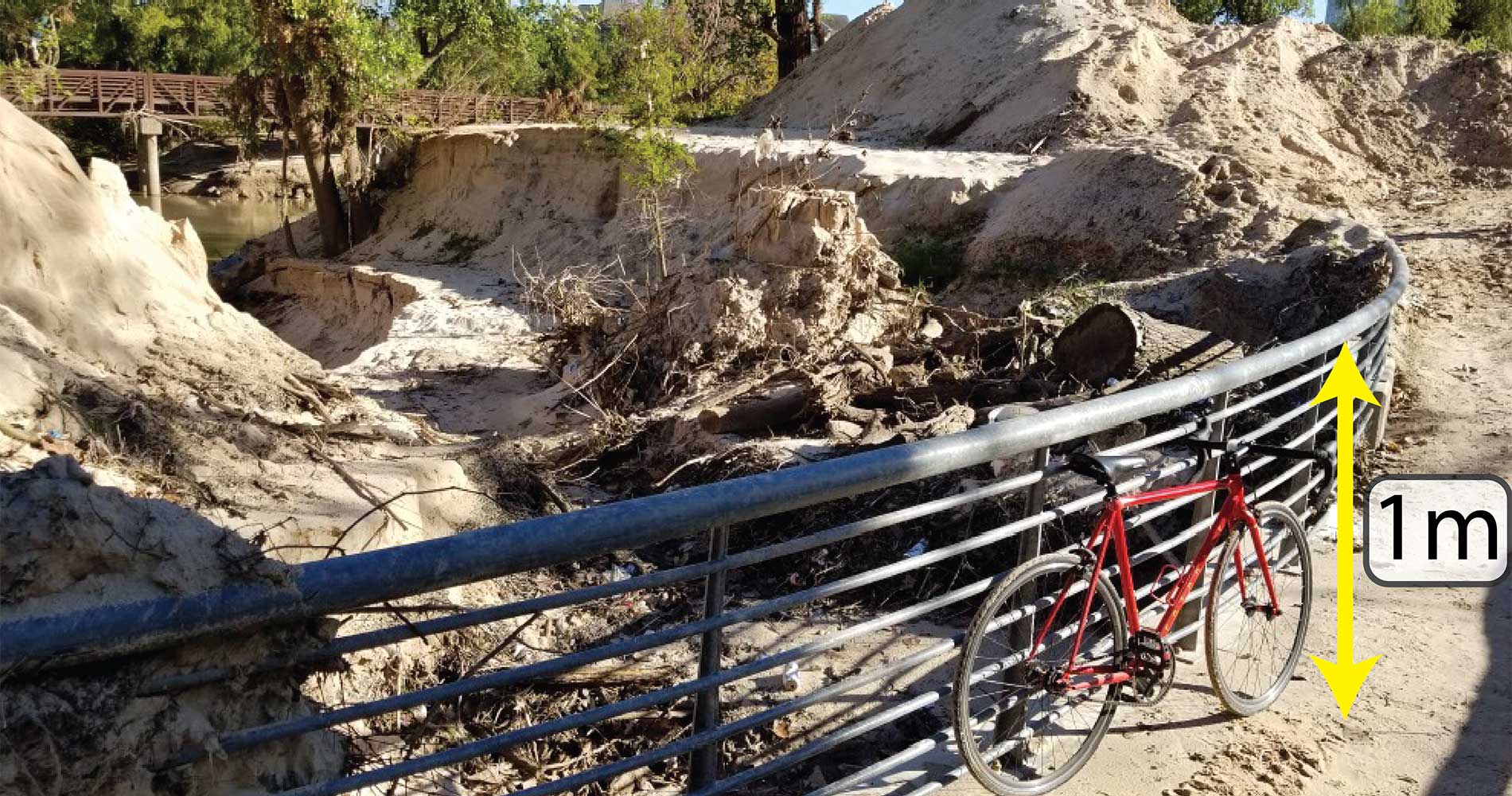 Houston has a problem: flooding is unavoidable for a city essentially built on a floodplain, but proposals to mitigate the flooding may not be realistic. A minimum of one-sixth the volume of Galveston Island or 15 Astrodomes-worth of sediment was swept downstream during Hurricane Harvey in 2017, a problem that causes ongoing issues for the city. 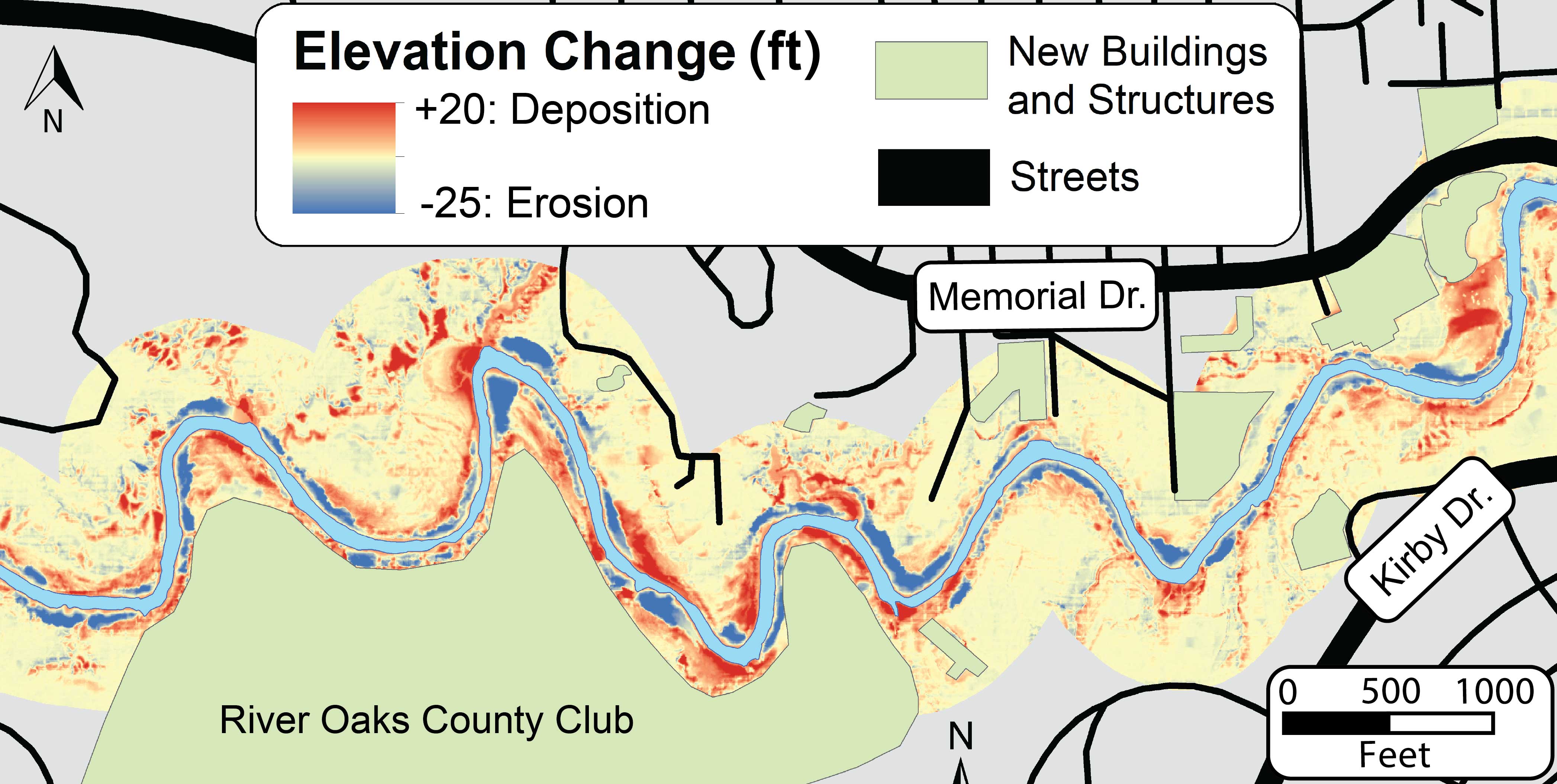 "We need to step carefully," said Andrew Stearns, a graduate student working with UH geologist Julia Wellner, associate professor in the Department of Earth and Atmospheric Sciences, regarding the sediment project.

This has an effect on policy, as arguments rage around the city whether or not to continue modifying stream flow to move flooding and associated sediments out of neighborhoods. Sounds like a good plan, right?

"When we move sediment and straighten streams to shorten their paths, we just push the problem to other neighborhoods further downstream– or we are essentially saying, this problem is for someone else to figure out," said Stearns.

Stearns used millions of dollars' worth of commercially collected LiDAR data to study the erosion and deposition of sediment caused by floodwaters from Harvey. What he found was that sediment was stranded downstream on drainage banks, such as Buffalo Bayou Park near downtown Houston, and in the Houston Ship Channel.

Another thing no one counted on was the tidal effect on the movement of sediment – which extends up to five miles upriver of downtown. The tidal limit causes a drop in stream velocity and was a secondary cause for an increase in sediment deposition downstream areas during the Harvey floods.

The Port of Houston spends upwards of $70 million every year dredging sediment from the ship channel, and requested over $500 million to restore the ship channel to its normal depth after Harvey. Now, they are engaged in an $1 billion project to expand the largest port in the U.S. What Stearns and Wellner believe is that this information will be a great tool for sediment management, moving forward.

"My team at UH studies sand grains and the properties of sand grains," said Wellner. "It’s hard to believe that a pile of sand can grow from a single grain to a volume that costs millions of dollars to dredge and remove. It takes a project like this to come in and observe these piles of sand on a citywide scale and say: yes, we are free to straighten or pave channels, but that pile of sand, that sediment, grows especially after large floods and we have to understand the budget implications down the road or, more often, downstream."