You are here: Home / The Startup Experience / Mistakes Aspiring Entrepreneurs SHOULD Consider Making when Starting a Business

We all have heard “you learn from your mistakes,” so, why do a lot of startup blogs warn entrepreneurs of the mistakes they shouldn’t make when starting a business, but not very many tell them what mistakes they should be making? Some mistakes teach us more than our successes and some of those mistakes are bound to happen anyway, so why not embrace them?

Ben Wiener, a startup founder and managing partner of a Jerusalem-based micro-fund that invests in early-stage startups, provides a list of five mistakes startup founders should be making as early as possible during their entrepreneurial journey in an OnStartups blog post.

“It’s inevitable. Anyone – your partner, co-founder, employee, investor, or any other character in your unfolding plot – will mess you over. Someone will break your trust, violate a verbal or even written agreement, cut your compensation, or try to steal your equity or destroy your whole company (or all of the above, if you’re me). Someone will do something stupid to scuttle your grand plan.”

Wiener said to accept the inevitable. Power struggles are real, and the vision you have, someone else on your team may not see it the same way, causing friction. Prepare yourself for this problem and hope it doesn’t cause too much damage.

“Upon reflection, you’ll likely find that what enabled your misfortune was something you did or didn’t do. The screwer-screwee relationship requires at least two people, and there are two sides to every story. Even if you clearly weren’t “at fault” – you encountered a terrible, crooked person who did you in – you still need to ask yourself how you allowed yourself to do business with that person,” Wiener said.

“This is an adjunct to the above mistake. Once bitten, your natural impulse may be to bite back. You’ve lost something – tangible, emotional, some future upside or all of the above – and you want to deny the perpetrator those same things or at least the satisfaction of having caused you that loss.”

Wiener recommends trying this at least once. “I predict that not only won’t you be successful, but most likely nothing will happen at all, or worse, it will bounce back at you. You’ll just feel immature, cheap and dirty and the lingering recollection of that bad feeling probably will be enough to prevent you from playing the revenge card again,” he said.

Beyonce said it best, “always stay gracious, best revenge is your paper.” Translation: remain cordial, your success will be the best revenge.

3. Tell People Your Venture is in “Stealth Mode”

“It’s natural to want to keep your cards close to your vest. Perhaps you’re afraid someone will steal your idea, or you lack confidence that you’ve developed it well enough to convincingly describe it to others. The tech industry has even provided you the gift of a cool-sounding cover: “Stealth Mode,” which makes you sound more like a covert spy shrouded in secrecy than an unsure rookie plagued by insecurity. Saying you’re in “Stealth Mode” is almost certainly a mistake, for many reasons. First of all, it can easily be interpreted as either pompousness or insecurity, which is bad for your credibility. You’re also signaling that you don’t trust that person, creating a negative feeling that will likely persist even after you’re able to elaborate later on.”

4. Believe that “If You Build It, They Will Come”

“The popularity of the phrase leads some founders to believe, and predict to investors, that they, too, need only to build their amazing new thingy, and the users will come running until the rest looks like a hockey stick. I can assure you that if you just build “it”, “they” will almost certainly not come. In startup theory the “coming” of “they” is called “Market Pull” which almost never happens by itself, even among early adopters. Market Pull needs to follow an intense and iterative period of product design, customer development, Product/Market Fit and hands-on “Technology Push” into the target market, which only if successful begets the glorious Market Pull. You’ll have to work hard to make the market notice and care, and probably personally engage your early users individually, and that’s fine.”

“My favorite founder mistake is not appropriately balancing confidence and humility. There’s a yin/yang relationship between the two and as you pilot your rocketship forward, you will occasionally find that you’ve leaned too hard to one side or the other. As a startup founder you need to have a healthy dose of self-confidence. Ok, maybe an unhealthy dose. An overdose. You need to passionately believe that your solution is The Next Big Thing. But overconfidence can be extremely dangerous, for many reasons. It can be misinterpreted by others as arrogance, which can cause damaging interpersonal consequences. If overconfidence morphs into false confidence, it can cloud your vision or your analysis. A great founder must have just as healthy a dose of humility, an understanding of his or her relatively small place in the world. But being too humble can hold you and your venture back.”

Wiener said that balancing your self-confidence and humility is something you will have to do every day. You will need to choose which situations require which trait.

When starting your own company, do you want other entrepreneurs to only tell you about their successes? Or, do you want to know their failures as well and what they learned?

“A good entrepreneur wants to talk about their mistakes as well as their successes, and a good investor wants to hear about those mistake and lessons without penalizing the pitch, Wiener said.”

If you had a young child or teen in the early 2000s, maybe you heard Hannah Montana sing “Nobody’s Perfect.” That mantra always has and will remain true. Wiener said to expect mistakes to happen. Embrace them, and then analyze them “as those lessons learned will become important, lasting building blocks in your personal development and the development of your company.”

Don’t be afraid to make mistakes when starting a business. It would be weird if you didn’t, actually. Learn from them and go succeed. 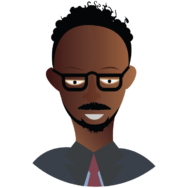 Hey everyone! Cory here! I am the Communications Coordinator for The Division of Research here at UH. I have a passion for writing and telling stories and I love to bring that passion to The Big Idea. I strive to contribute thought provoking and helpful insights to the blog. I’ll be writing mostly for the “Start Up Experience” section. When I’m not writing, I’m either playing video games, watching tv and movies, discovering new recipes, or playing with my precious fur babies.