To err is human. To learn from it, is academic.

You are here: Home / Archives for What Went Wrong 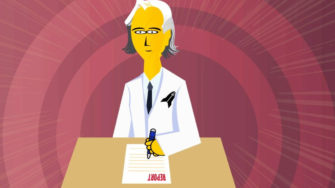 Why do you need a data management plan? It mitigates error, increases research integrity and allows your research to be replicated – despite the “replication crisis” that the research enterprise has been wrestling with for some time. Error! Error! There are many horror stories of researchers losing their data. You can just plain lose your laptop or an external hard drive. … END_OF_DOCUMENT_TOKEN_TO_BE_REPLACED 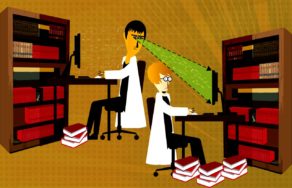 Plagiarism is the use of someone else’s words, ideas, or visuals as if they were your original work. Unintentional plagiarism is plagiarism that results from the disregard for proper scholarly procedures. It’s much easier to commit than one would think, and it has toppled giants in the research enterprise. From 2007-2020, the National Science Foundation made 200 research … END_OF_DOCUMENT_TOKEN_TO_BE_REPLACED 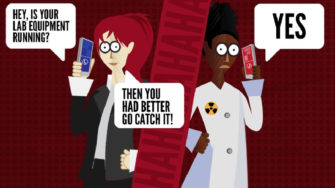 In 1996, a physicist at New York University, Alan Sokol, wrote an article that was published in Social Text. It was entitled, “Transgressing the Boundaries: Towards a Transformative Hermeneutics of Quantum Gravity.” It sounds innocent enough,  if rather obtuse. Except that the entire article was a joke. Relativism in academia According to Eric Kelderman of The … END_OF_DOCUMENT_TOKEN_TO_BE_REPLACED 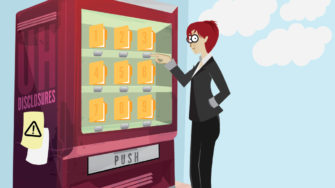 Meet Professor Doolittle, a biologist and chair of Genetics at Zoo U. After studying genetic mutations in small-ear pigs to better understand coat color variation for breed preservation and development, Doolittle and his post-doc invented a genetic test and launched a startup called PigMentation. The post-doctoral co-inventor runs PigMentation's day-to-day business … END_OF_DOCUMENT_TOKEN_TO_BE_REPLACED 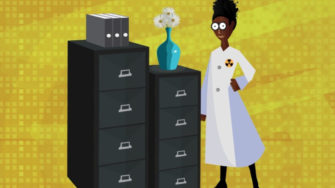 In psychology, “the file drawer effect,” coined in 1979 by Robert Rosenthal, refers to the fact that in science many results remain unpublished, especially negative ones. Publication bias is more widespread than scientists might like to think. The file drawer problem reflects the influence of the results of a study on whether the study is published. Some things to consider … END_OF_DOCUMENT_TOKEN_TO_BE_REPLACED 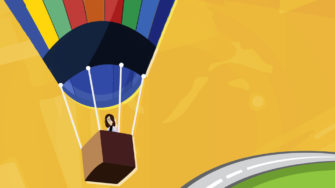 Travel Do's and Don'ts for Research Projects Travel expenses can be confusing. There are four main things to consider when deciding whether to engage in business travel. Scan this list for answers to pressing questions regarding expenses and travel audit red flags, which is brought to you by Beverly Rymer, University of Houston Director of Contracts and Grants. And, away … END_OF_DOCUMENT_TOKEN_TO_BE_REPLACED 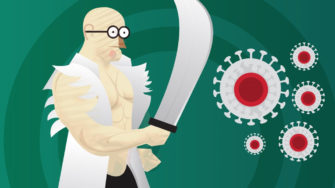 It has been – and for a while, will be – everywhere. The words: COVID-19, coronavirus and pandemic. According to an article by Holly Else in Nature, “coined in April by Madhukar Pai, a tuberculosis researcher at McGill University in Montreal, Canada, ‘covidization’ describes the distorting impact of the pandemic on the way science is funded, produced, published and reported … END_OF_DOCUMENT_TOKEN_TO_BE_REPLACED 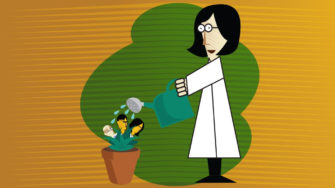 Trying to make your lab greener? Here are some practical examples of how to reduce your lab’s carbon footprint and increase sustainability. Since China stopped accepting certain types of plastic waste from the United States and Europe in 2017, the need to dispose of hundreds of single-use plastic vials and other materials (per researcher, each year!) has created an avalanche of … END_OF_DOCUMENT_TOKEN_TO_BE_REPLACED 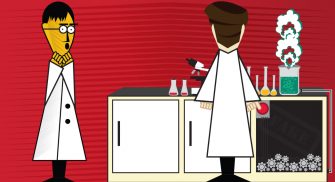 Exploding refrigerator? Chemical splash on the face? These are not just personally devastating lab incidents, they are also expensive. For instance, awhile back, the University of Hawaii faced a total $115,500 fine for 15 workplace safety violations after a laboratory explosion where a postdoctoral researcher lost one of her arms. Beryl Lieff Benderly wrote in Science … END_OF_DOCUMENT_TOKEN_TO_BE_REPLACED 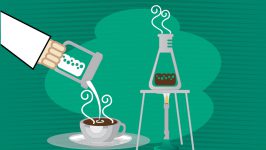 Your university doesn’t just discourage eating in the research or computer lab – the Occupational Safety and Health Administration (OSHA) actually prohibits food and beverages from being stored or consumed in the same environment where hazardous materials are found. You’re actually not allowed to put on cosmetics, take or apply medicines or handle contact lenses in labs, … END_OF_DOCUMENT_TOKEN_TO_BE_REPLACED 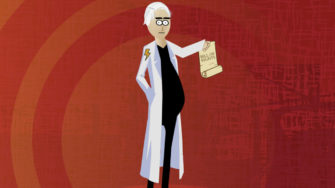 Where do First Amendment Rights and academic freedom coexist and where do they leave off from one another? Teaching and research go hand in hand, so it’s a question that affects many in academia. Garcetti v. Ceballos In 2006, the Court ruled that statements made by public employees pursuant to their official duties may be disciplined by their employer. This was actually a … END_OF_DOCUMENT_TOKEN_TO_BE_REPLACED 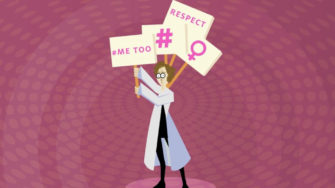 The #MeToo Movement was explosive for science, just as it was for every profession. “The goal of the perpetrator, most commonly but not exclusively a man, is to objectify, exclude, demoralize, diminish and coerce the victim, most commonly a woman, to exert power over her,” said the NIH.  50 percent Long hours in the lab. Field experiments with just two scientists in a … END_OF_DOCUMENT_TOKEN_TO_BE_REPLACED 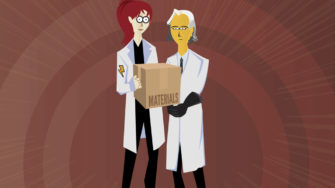 Material transfers are nothing new to university research operations. But there continues to be reluctance among faculty to get the right paperwork in place for it. Why?“Material transfers take time and faculty just want to move on with their research,” said Laura Gutierrez, research compliance specialist at the University of Houston. “Negotiations between institutions over … END_OF_DOCUMENT_TOKEN_TO_BE_REPLACED 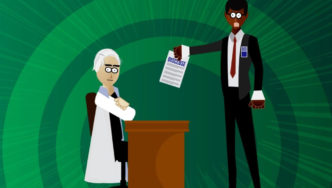 Charles Lieber was the head of Harvard University’s Department of Chemistry and Chemical Biology until he and two additional Chinese academics in Boston were arrested last year. According to a U.S. Department of Justice press release: “These cases are part of the Department of Justice’s China Initiative, which reflects the strategic priority of countering Chinese national … END_OF_DOCUMENT_TOKEN_TO_BE_REPLACED 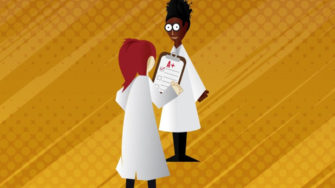 What is your university doing to celebrate Corporate Compliance and Ethics Week? If you said “Striving to do better” you would not be the only institution to make that its goal. November 1-7 is a week set aside for reviewing your university’s rules and regulations. While difficult to stay in strict compliance since laws that govern institutions are constantly in flux, … END_OF_DOCUMENT_TOKEN_TO_BE_REPLACED 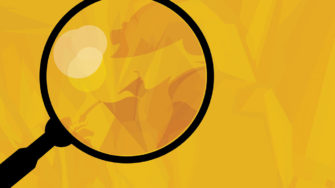 Some European institutions, according to a recently published Nature article, have started to rely on science integrity inspectors to review papers prior to submission for errors in manuscripts.1 So far, this has not caught on in the United States. The question is, should it? One of the institutes highlighted in the Nature article was the Fritz Lipman Institute (FLI) in … END_OF_DOCUMENT_TOKEN_TO_BE_REPLACED 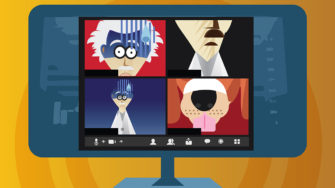 There’s an uncomfortable intimacy of maintaining sustained eye contact with just one person for a long period of time. Or trying to concentrate on five different people in five different rooms all at once. These are just two of the scenarios that may be causing you something being referred to as Zoom Fatigue. People are not just using Zoom for work during the day, but … END_OF_DOCUMENT_TOKEN_TO_BE_REPLACED 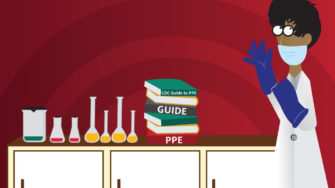 COVID-19 PPE usage Although PPE usage is second nature to PIs, it’s worth reiterating some important points. Especially now that we’ve found ourselves in the midst of the COVID-19 pandemic. Here, we’ll take a look at some common PPE questions. We will refer to the Center for Disease Control (CDC) as our source for answering these important questions.  Per the CDC’s … END_OF_DOCUMENT_TOKEN_TO_BE_REPLACED 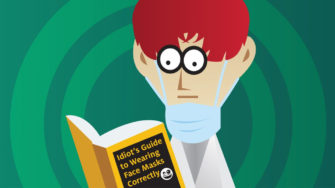 Face mask usage Last week, Houston Judge Lina Hidalgo announced an order that would mandate Houstonians wear face masks for the next 30 days or else face a fine of up to $1,000. While this order drew its share of criticism, it sparked interest in the effectiveness of masks and face mask usage in general. Here, we will outline some important guidelines for optimizing face … END_OF_DOCUMENT_TOKEN_TO_BE_REPLACED 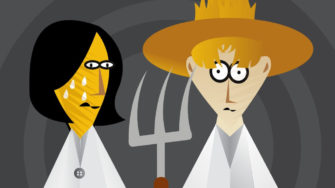 Self-citation is a sensitive topic in some circles. Especially circles that are known disdainfully as “citation farms,” which consist of authors who routinely and massively self-cite or cite each other in order to boost the impact of their publications. While these “citation farms,” also known as “citation cartels,” are thought to be the hallmark of bad science, most … END_OF_DOCUMENT_TOKEN_TO_BE_REPLACED 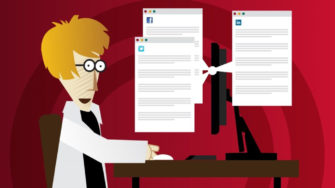 What if you were scrolling through your social media feed and an advertisement for a hair loss treatment kept popping up. Now say you were bald. So, being interested in this new hair loss treatment, you made an appointment at the location described in the ad. When you got there, you were given the choice to pay a large amount for the hair loss treatment. You were also recruited … END_OF_DOCUMENT_TOKEN_TO_BE_REPLACED

Scalable Compliance Reliance The idea of scalable compliance is that an organization or department maintain efficiency as it grows in size. It is the ability to adjust to an increase in workload by adding resources, like more employees, to the system. Imagine you have a beet patch on a small farm. You’re a regular Dwight Schrute. You have to inspect each beet you pick. … END_OF_DOCUMENT_TOKEN_TO_BE_REPLACED

Minimalism in Inventory Management The concept of minimalism has recently exploded in popular culture. YouTube gurus and Marie Kondo, star of the Netflix original series “Tidying Up with Marie Kondo,” alike, have urged us all to adopt minimalist habits. There are some things you can learn from the concept when it comes to inventory management. In an attempt to live … END_OF_DOCUMENT_TOKEN_TO_BE_REPLACED

Do you remember the feeling you had the first time sitting at the wheel of a car? Were you overcome by the feeling of excitement, anticipation, fear, or perhaps a combination of them all? For many, obtaining a driver’s license is a rite of passage; a symbol that you are equipped with both the knowledge and skill of how to safely operate a motor vehicle. This achievement, … END_OF_DOCUMENT_TOKEN_TO_BE_REPLACED

To comply is to obey, or conform to instruction or official requirements. In a perfect world, research non-compliance wouldn’t occur and following the rules would be a behavioral norm. But the reality is, to err is human. … END_OF_DOCUMENT_TOKEN_TO_BE_REPLACED