You are here: Home / Perspectives / Funny You Should Ask: It’s Not the Heat, It’s the Humidity

Yes, it’s time for another edition of “Funny You Should Ask,” the feature that encourages researchers and scholars to set scientific method on the shelf for a moment and take a more light-hearted approach. We present four University of Houston professors with a commonplace observation – last time, we wondered if breakfast is really the most important meal of the day – and invite them to respond. This time, we’re considering whether …It’s Not the Heat, It’s the Humidity. Here are their responses – hot off the press, you might say.

It’s not the heat, it’s the humidity? Yeah, I’ve heard that and know it all too well because I’m a runner. But I’m also a chemical engineer. And as a chemical engineer we “know” about heat and mass transfer, and thermodynamics. There’s no better way to learn about heat and mass transfer than to go out and run a couple of miles in Houston during our “six” (and counting) months of summer. Sweat can be a wonderful thing as the evaporation process cools the skin and makes exercise bearable. But the problem with Houston humidity is that the sweat doesn’t evaporate as easily when there is a high level of moisture already in the air. Those liquid sweat molecules aren’t as likely to jump into the air if there’s too many of them there already! It’s called vapor-liquid equilibrium

Now some people say that running in the “steam bath” of Houston is a lot harder than running in the “dry heat” of Phoenix. Guess what? They’re right. And you don’t have to be a chemical engineer to know that! Now you just know why.

So, keep running. And may I suggest you sweat profusely because, yes, it IS the humidity! (And the heat doesn’t help!)

Harold is M.D. Anderson Professor of Chemical and Biomolecular Engineering and serves as chair of that department. As founding director of the Texas Center for Clean Engines, Emissions & Fuels, he knows a lot about running hot. 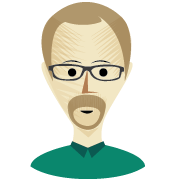 As a former newspaper guy, I made a living out of asking serious questions. As the University’s communications director, I have to come up with serious answers. But, from time to time, I get a little silly and encourage UH’s otherwise serious academics and researchers to take a light-hearted approach and respond to our simple-minded inquiries with tongue firmly in cheek.