You are here: Home / University Research Explained / How Should Universities View China?

Free exchange of ideas created a global community of scholars

We have enjoyed and benefited from decades of relative tranquility in academia where the focus on fundamental science created a global community of scholars that came with a free and unrestrained exchange of ideas. Research thrived in this community without political borders — who researchers collaborated with was defined by expertise, not citizenship, with a few exceptions when the federal government had sanctions or embargoes against specific countries. But those were few. Today, the academy is facing the reality that knowledge discovery, even at the most fundamental level, is not immune to geopolitical power struggles.

China has been singled out as the main threat. Over the past decade or so, China has made huge strides growing its research and development (R&D) enterprise. In 2007, China invested just 1.37% of its GDP in R&D. It is now 2.13%. Still less than what the U.S. invests: 2.63% in 2007 and 2.79% in 2017. China has surpassed the U.S. in science and engineering publications, though U.S. publications are still cited more highly. China leads in the number of patents, though lags in triadic patents and earnings from patents. While the quality may not be at the same level today, China is catching up quickly.

It was only about forty years ago when diplomatic relationships between the U.S. and the People’s Republic of China commenced after almost thirty years of no diplomatic relationships with China. Back in 1978, the U.S. and China met in Beijing to discuss the exchange of scientific and technological information. The U.S. suggested a student exchange program, which the Chinese immediately embraced. Several months later, in January 1979, the first group of Chinese students, mostly physicists and mathematicians, arrived in the U.S.

Academia has been a big beneficiary of building these relations. By 2018, Chinese students made up about 30% of the more than 1.1 million international students studying in the U.S. Many Chinese students have made their home in the U.S. after graduation, and many departments, in particular in the sciences and engineering, count them as their faculty colleagues. More than 30% of publications of U.S. researchers listed in Web of Science have international collaborators today, up from less than 5% in 1978, and almost a quarter of the publications with international collaborators are with researchers in China.

Until recently, most university researchers have felt little to no impact of the urgent warnings of the federal government to protect sensitive technologies in the name of national security. This is largely because fundamental research is the mainstay of research universities, and fundamental research defined as “research in science, engineering, or mathematics, the results of which ordinarily are published and shared broadly within the research community, and for which the researchers have not accepted restrictions for proprietary or national security reasons,” is excluded from export controls. Researchers who are involved with sensitive technologies are used to working with their technology transfer offices and export control offices, relying on well-established processes.

Academia, however, is not immune to the current geopolitical power struggles. Over the past year or so, federal agencies sent out a flurry of memos reminding the academic research community about requirements on reporting foreign collaborations or sources of research support. It started with the National Institutes of Health’s director sending out letters to over 10,000 organizations that receive NIH funding to remind them of the rules for disclosing foreign ties, such as foreign financial support. Other agencies quickly followed with reminders and additional rules and requirements. In December 2018, the Department of Energy sent out a memorandum informing grantees about the prohibition of spending U.S. tax dollars to support foreign nationals in sensitive areas or those participating in foreign talent recruitment programs, such as China’s Thousand Talents program. The Department of Defense followed with their memorandum that detailed strengthened requirements on submitting information about key personnel to allow the agency to limit undue foreign influence. Most recently, the National Science Foundation sent a Dear Colleague Letter to remind grantees of a 1978 rule to disclose all foreign and domestic support.

While the rules and regulations apply to all international collaborations, China has been the primary target of greatly increased scrutiny since November 2018 when the Justice Department initiated a program to “identify priority Chinese trade theft cases” and investigate them. This has resulted in “more than 1,000 active investigations into attempted theft of U.S. intellectual property, with nearly all involving China,” according to FBI Director Christopher Wray. These investigations involve scientists in U.S. businesses and universities. The increased attention on Chinese faculty in U.S. universities prompted the Committee of Concerned Scientists to send a letter to President Trump on June 4, 2019, to express their concern about the “government campaign” that has led to a “massive investigation of ethnic Chinese faculty throughout the country.”

Academia must adapt to a new world order

As new rules and regulations are added at this quickened pace to the already complex set of requirements and a lack of specificity adds to the confusion, it becomes more and more difficult for researchers to stay on top of the requirements. University administrators must redouble their efforts to help their faculty navigate the increasingly complex landscape of international collaborations and avoid researchers feeling targeted while at the same time emphasizing the importance of ensuring that national security is not compromised by freely sharing sensitive information.

Some help may be on the way with coordinated efforts, such as the proposed Securing American Science and Technology Act (SASTA) of 2019, which is part of the 2020 National Defense Authorization Act. If passed, SASTA would establish an interagency group and the National Academies Science, Technology, and Security Roundtable to bring clarity to security threats, coordinate efforts, share best practices, and think through long-term ramifications of proposed actions. This bi-partisan effort is strongly supported by over a hundred academic organizations and professional societies, including the American Association for t he Advancement of Science, the Association of American Universities, the Association of Public and Land-grant Universities, the Council of Graduate Schools, and many research universities.

However, university administrators cannot wait for these committees to form and provide guidance. Faculty need the support and guidance from their universities now to continue their international collaborations without running afoul of federal rules and regulations.

Requirements for international research are often distributed across offices in universities: legal offices, grants and contracts offices, compliance offices, tech transfer offices, development offices, and academic affairs. To effectively translate the rules and regulations into transparent and easy to follow processes that allow researchers to be compliant without much added administrative burden, administrators across these offices must collaborate to collect all the currently available information in a single place and add new information without delay. They must develop effective ways to communicate any changes and new rules quickly through the respective channels of each of the offices and find ways to come to decisions quickly across offices that at times are at odds with each other.

We do not know yet what the long-term consequences of this heightened attention of the China threat to U.S.-China relations will be. The threat of intellectual property theft is real, and universities must heed the call of FBI Director Christopher Wray to “be much more sophisticated about how others may exploit the very open collaborative research environment that we have in this country and revere in this country.” However, the long-term consequences may be harmful to the U.S. economy, and we must begin to prepare for what a post-global world might look like.

First, universities’ strategic plans have called for internationalization for years. They saw the value of increased global engagement in education and research. Fewer academic programs and administrative structures that were put in place to support these might be needed in the future. For many universities, internationalization has also become an important source of revenue. International students studying in the U.S. contributed $39 billion and supported more than 455,000 jobs in 2017-18, according to NAFSA. If the U.S. is perceived as less welcoming to international students, this source of revenue can diminish quickly with catastrophic consequences for the revenue stream of already financially strapped institutions.

Second, the U.S. can ill afford to destroy the global trust within the science and engineering community and the welcoming environment in the U.S. for scientists and engineers across the globe that has been built over decades. Foreign-born scientists and engineers made up about 30% of college-educated workers employed in science and engineering occupations in the U.S. in 2015. This percentage is much higher, about 45%, when we look at those with doctorate degrees. If the U.S. becomes a less hospitable place for foreign workers, this will have dire consequences for many industry sectors with no quick way to fix. It takes years to train scientists and engineers, and despite decades of efforts to prime the STEM pipeline, too few U.S. students find these fields attractive to supply the workforce with a sufficient number of domestic graduates. 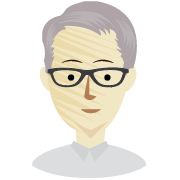 Claudia Neuhauser is the Associate Vice President/Associate Vice Chancellor for Research and Technology Transfer at the University of Houston. She is also director of the Hewlett Packard Enterprise Data Science Institute.