The researchers had a hypothesis. Women faculty, they predicted, would be more successful than their male counterparts at earning private funding – from industry, from nonprofit groups, from charitable endowments. That was about relationships, after all, an area where the popular literature
suggests women excel.

The numbers told a different story.

A review of faculty research funding conducted by the Center for ADVANCING Faculty Success at the University of Houston – funded by the National Science Foundation to help recruit and retain female faculty, and especially women of color, in STEM fields – found that women and men had similar success rates when competing for funding from federal agencies. With industry funding, however, the disparities were greater.

“It’s about networking,” said Christiane Spitzmueller, an industrial psychologist and managing director of the UH center. “Men do more of that. Women aren’t primed as much for networking and self-marketing.”

No one tracks the numbers nationally, and not all universities report a gender disparity. What is clear is that working with industry and nonprofit groups has drawn new attention in academia amid concerns about stagnant or dropping levels of federal research funding and increasing academic interest in finding solutions to some of society’s thorniest problems. To take full advantage of the opportunities, universities need to make sure all faculty who want to work with the private sector have a chance to succeed, regardless of their gender or discipline.

Industry needs these partnerships, too.

“Companies are realizing to be competitive, particularly in high-tech domains, they can’t rely on only their internal resources,” said Jeff Fortin, associate vice president for research and director of Research and Industrial Partnerships at Pennsylvania State University. “They have to look to universities and other external sources to fill that pipeline of innovation.”

Some researchers are already fully engaged with industry. Others aren’t interested.

Then there is the middle group. “They would like to engage more with companies,” Fortin said. “They haven’t done it much, and they need more help, explaining how the process works, the contracting.”

His office – and those at other universities seeking to increase their interactions with the private sector – can help.

How to approach industry

Research administrators can help by developing policies for intellectual property, licensing and royalty issues that arise from academic-industry partnerships. Companies want to know how those issues will be handled upfront.

Ultimately, however, it’s about the individual faculty member. And it requires persistence.

“The big thing is not to sell yourself short,” said Rebecca Carrier, professor of chemical engineering at Northeastern University. “Maybe they’re not going to be interested in precisely what you want to work on, but they might be interested in a variation of it.”

Look for common goals. And prepare for a different type of relationship.

Federal funding agencies generally require an annual report, with little or no interaction at other times. Not so with industry funding.

“When you’re working on a project industry cares about, you may report in every six months, or conduct monthly or biweekly teleconferences. You may collaborate with their researchers. You may send your students to their site,” said Elyse Rosenbaum, Melvin and Anne Louise Hassebrock Professor in Electrical and Computer Engineering at the University of Illinois-Urbana-Champaign. Rosenbaum also is director of the Center for Advanced Electronics through Machine Learning, a National Science Foundation Industry/University Cooperative Research Center.

Sometimes the work is about solving a specific industry problem, whether that’s high workforce turnover or limiting methane emissions on oilfield drilling rigs. Sometimes, as Samira Ali, an assistant professor at the University of Houston Graduate College of Social Work, discovered with her first industry grant, the goal is more global.

Ali is directing one of three centers that are part of a $100 million, 10-year initiative from Gilead Sciences, Inc. to address HIV/AIDS in the southern United States.

Ali had never worked with industry funding, but the project was a good fit with her research interests. It also wasn’t something the federal government would be likely to fund, making the partnership a pragmatic choice.

Another benefit? Carrier, who is director of the Advanced Drug Delivery Lab at Northeastern, said connecting with industry ensures she remains focused on real-world problems.

Working with the private sector is a constant reminder of the end goal – in Carrier’s case, finding answers to questions about the mucosal barrier in the intestine, with an eye toward enhancing the absorption of medications and nutrients, as well as understanding links between the gut and overall health.

“It’s important to stay in touch and in tune with people who are trying to make a product so that I know what I’m doing matters,” she said.

The 911 on Industry Funding

What type of projects?

How is it different for government funding? 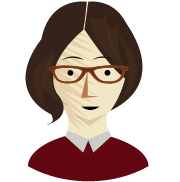 Jeannie worked with the Division of Research in her role as a senior media relations specialist for UH, taking our notable research news – breakthroughs, tech transfer and other buzzy topics that had relevance beyond UH's urban campus – to the outside world. Jeannie popped in on The Big Idea from time to time to share what she learned about the ups and downs of moving a great idea into the marketplace.