You are here: Home / Archives for Nitiya Spearman 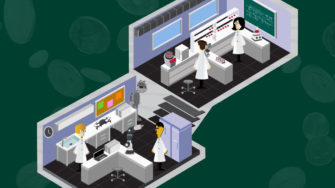 Congratulations, your proposal has been funded! These are words that every principal investigator (PI) wants to hear. But much like the lottery, the amount that glitters on signage near freeways is not the amount the investigator will receive. When the money is set up in the PI’s project cost center, a portion of the awarded amount, which is based on the university … END_OF_DOCUMENT_TOKEN_TO_BE_REPLACED

Minimalism in Inventory Management The concept of minimalism has recently exploded in popular culture. YouTube gurus and Marie Kondo, star of the Netflix original series “Tidying Up with Marie Kondo,” alike, have urged us all to adopt minimalist habits. There are some things you can learn from the concept when it comes to inventory management. In an attempt to live … END_OF_DOCUMENT_TOKEN_TO_BE_REPLACED 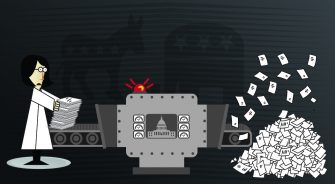 As the partial government shutdown loomed, academic institutions explored ways this might affect their research operations. Although we expect delays in processing proposals and award payouts, the impact on the institution may have been much less than expected. Consequently, most of the impact occurred at the individual PI level. That is where research that required federal … END_OF_DOCUMENT_TOKEN_TO_BE_REPLACED

Do you remember the feeling you had the first time sitting at the wheel of a car? Were you overcome by the feeling of excitement, anticipation, fear, or perhaps a combination of them all? For many, obtaining a driver’s license is a rite of passage; a symbol that you are equipped with both the knowledge and skill of how to safely operate a motor vehicle. This achievement, … END_OF_DOCUMENT_TOKEN_TO_BE_REPLACED

To comply is to obey, or conform to instruction or official requirements. In a perfect world, research non-compliance wouldn’t occur and following the rules would be a behavioral norm. But the reality is, to err is human. … END_OF_DOCUMENT_TOKEN_TO_BE_REPLACED 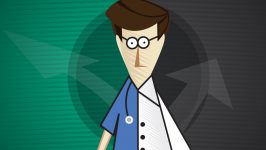 Physician-scientists are a group of specialized researchers at the intersection of medicine and technology. Earning both medical degrees and Ph.D.s, they offer a perspective beyond the scope of clinical practice. … END_OF_DOCUMENT_TOKEN_TO_BE_REPLACED